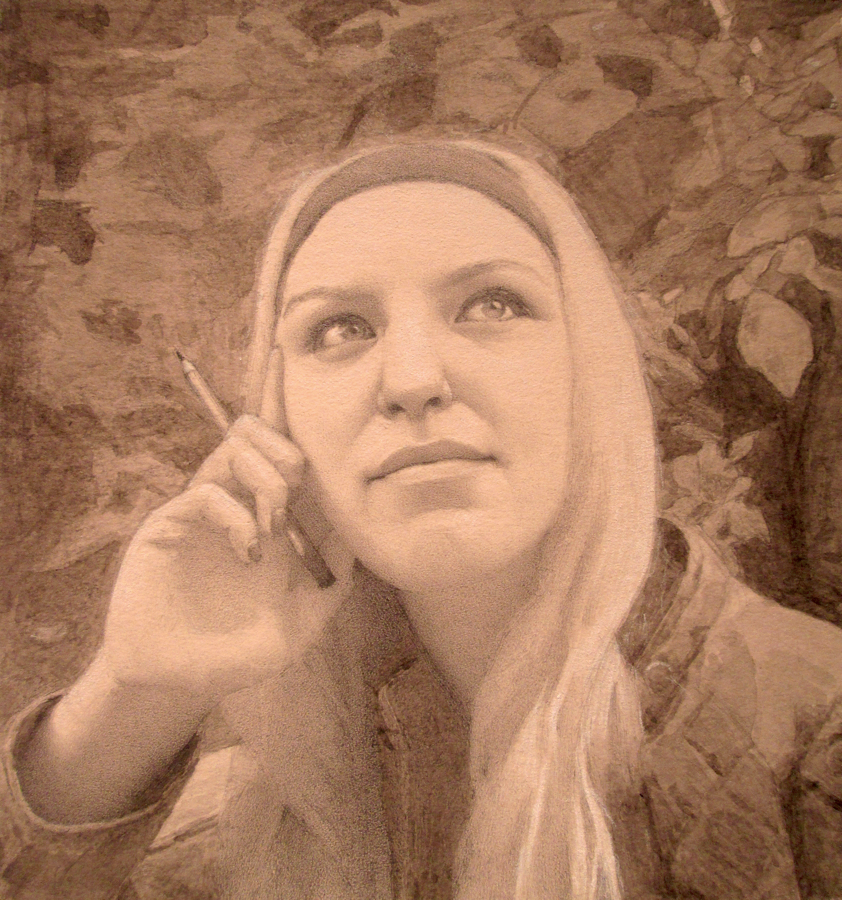 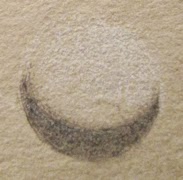 Posted by Arthur Haywood at 12:51 PM No comments: 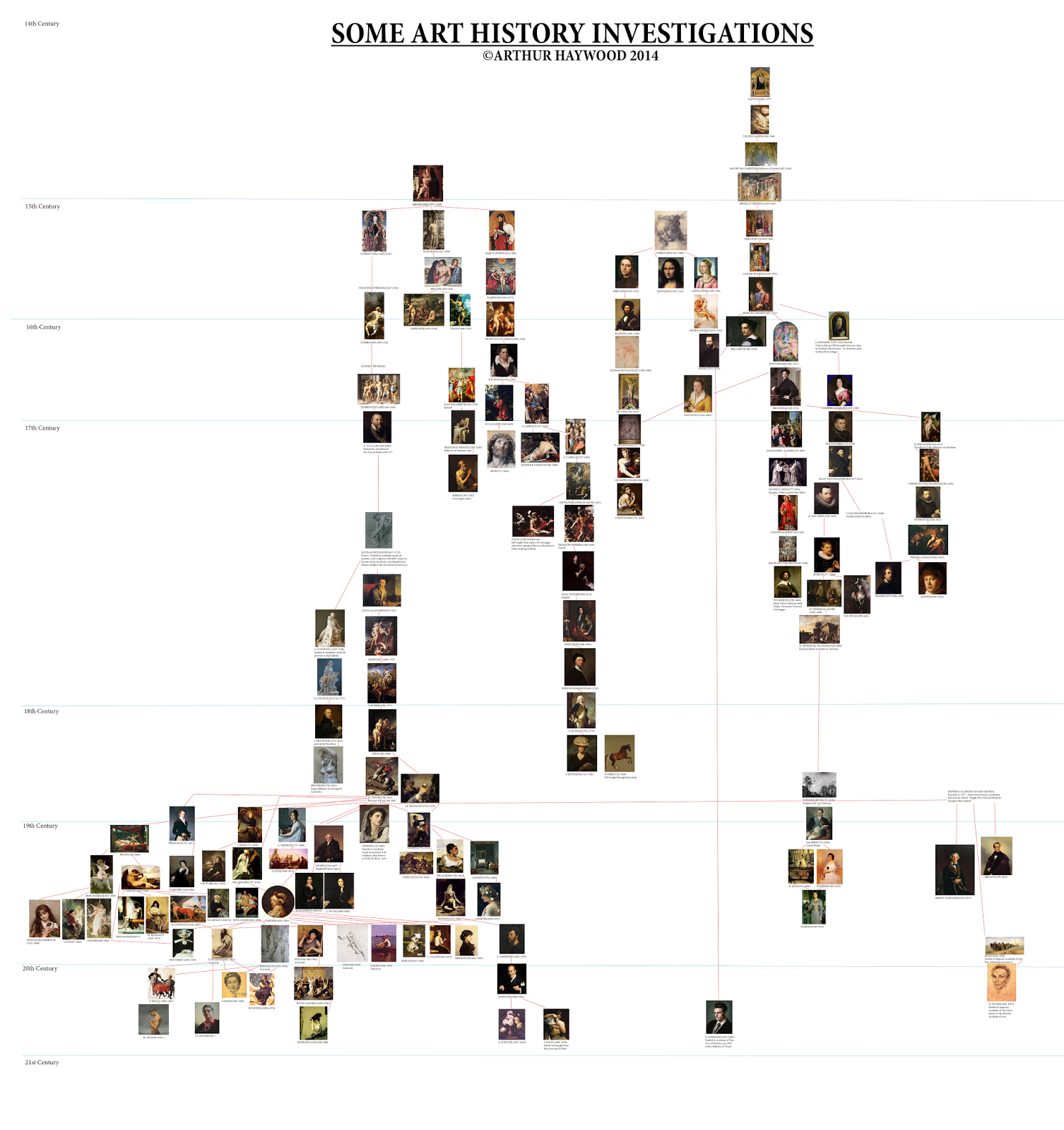 This is a very large image and the full-size image of this timeline can be viewed here to be examined.


Out of curiosity in how many of the traditional figurative painters of the past were connected to 21st century traditional artists through the exchange of techniques and information, I did some research and made the bulk of this illustrated timeline in 2012. Although a lot of artists are mentioned in this timeline, there are many great and notable artists that I was not able to include in this timeline.  (For no reason other than that my research and time was limited). This timeline investigation extends to the early 21st century with some notable artists who have taught many other notable 21st century artists who are currently exchanging valuable techniques and information to others in-person and digitally in this contemporary age.

I am presenting this art history timeline investigation to possibly receive information on how Squarcione, Verrocchio and Giotto may be connected.  My resources for this timeline consisted of museum websites, artist biographies, Wikipedia and the Art Renewal Center website.   If there are any art historians or people familiar with art history that would be willing to respond to my inquiries it would be very helpful. Thanks. 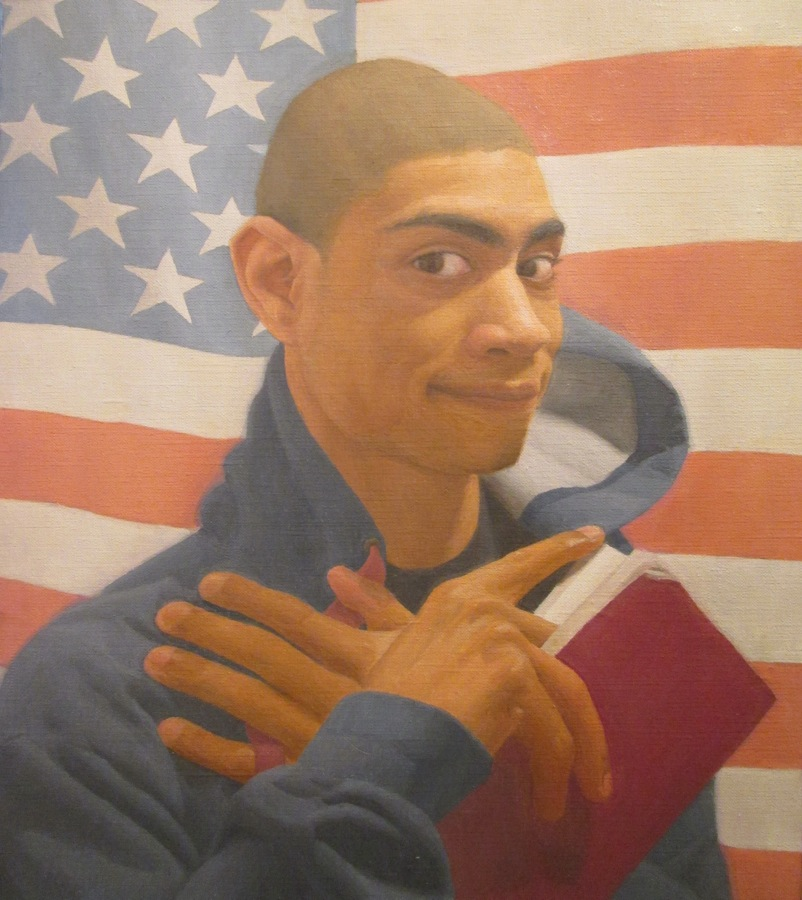 I was working on a painting video that shows the process I was using while working on my painting, titled "I will be brave" (shown above).  This post shows a few clips and information that I was editing for the video.  I did not include audio into these clips but descriptions of the clips are in this post. (Please excuse the shakiness of the footage.  The setup of space between me, my easel and mirror did not allow room for me to set up a tripod to stabilize the footage, so I had to hold the camera with my left hand while I was painting.)

Value- Lightness or darkness of a color.

Chroma - Intensity of a color from neutral to most intense.

Below is a video that displays color mixing.


I was aiming for a yellow-red hue that was light in value and high in chroma.  My palette consisted of Titanium White, Cadmium Yellow, Yellow Ochre, Cadmium Orange, Cadmium Red, Burnt Sienna, Alizarin Crimson, Raw Umber and a few neutral values (from white to black).

So I started mixing with the yellow-red hue of Cadmium Orange and adjusted the Hue a bit more yellow with a color that was more yellow, Cadmium Yellow.  Once the hue was established, I adjusted the Value with a much lighter color, Titanium White.  Once the hue and value were established, I adjusted the Chroma (Intensity) of the mixture.  I was aiming for a color that was higher in chroma than my mixture so I added colors that were higher in chroma (and yellow-red in hue), Cadmium Yellow and Cadmium Orange.
For the next mixture I reduced the chroma with a color that was less chromatic than my mixture, Raw Umber.  This caused the mixture to reduce too much in chroma so I added some Cadmium Orange and Cadmium Yellow to raise the chroma.

More information about color mixing can be found on Gamblin's Website.  I relate to his term of "cool colors" as colors that are low in chroma (intensity).

I made a short demonstration of the modeling process that I used on an imaginary strip.


After initially placing 3 large planes on my strip I added a few smaller planes to bend them into each other.  This process of bending larger planes into smaller planes is known as subdivision.  I continued to bend the form, although I was adjusting much smaller planes, by more subtlety turning those planes into each other.  As the form turned toward the light I pushed it lighter in value and more chromatic in color.  As the form turned away from the light I pushed it darker in value and less chromatic in color.   This process continued as I refined the strip by sculpting the structure of its form with value and color.

Below is a video of me using the process of modeling from planes to refining on the forehead in my painting.


The direction of the strip was determined by the direction of the form's most curvature from the light, meaning the most change from light to dark on the form.  I added another strip below that strip to paint the entire form of the forehead and continued painting the portrait one form at a time. 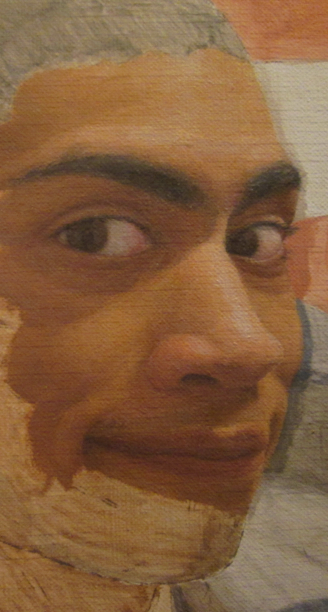 In the video clip I spent some time trying to refine the clarity of the terminator edge (shadow edge) on the forehead before making adjustments to the curve of form.