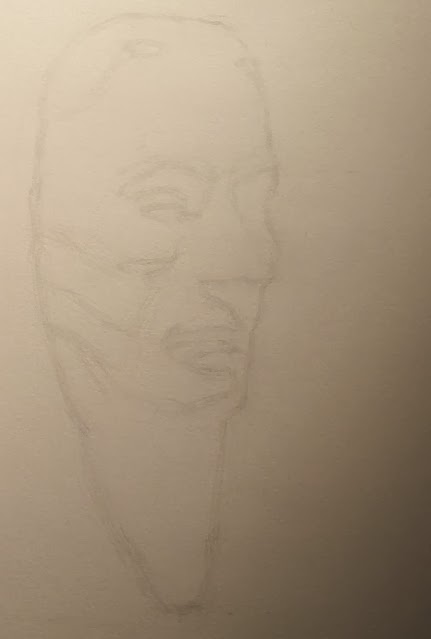 I quickly and lightly placed the shapes of the face while I constantly checked how the shapes were relating to each other through use of point to point measurement and comparative measurement.  It was useful to focus on a single shape that I could see most clearly, in this case the shadow under the nose, and built the shape relationships out from there. 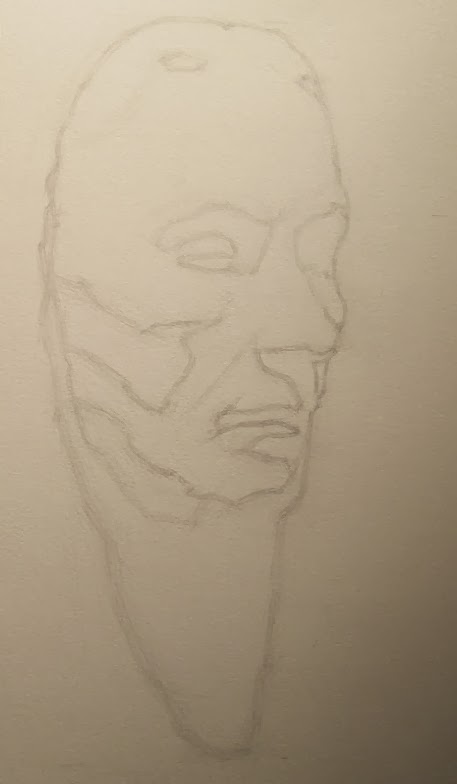 I strengthed the clarity and placement of the shapes in my drawing in the next pass. Then I lightened the lines of the nose that I would be drawing over during the next stage of three-dimensional thinking. 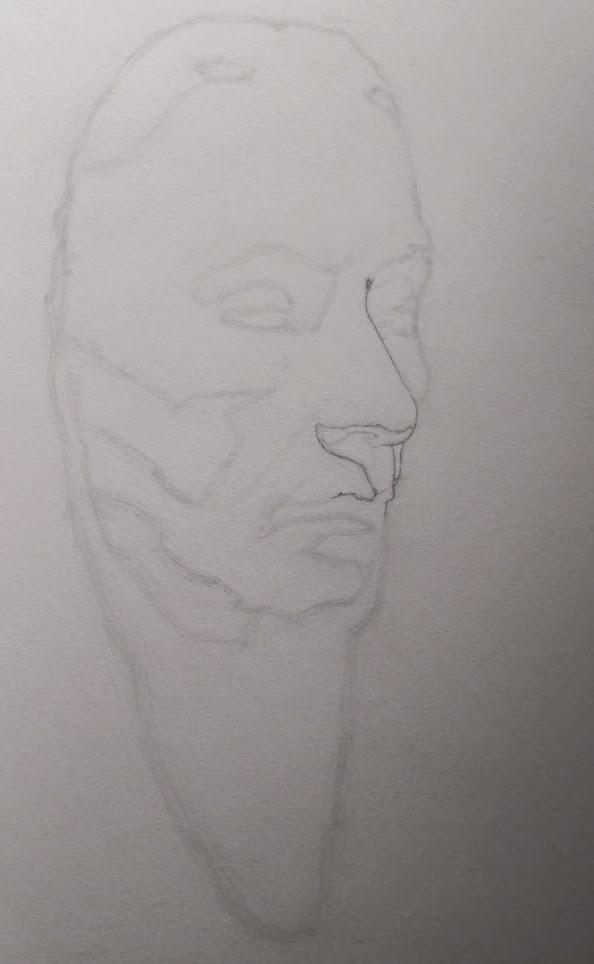 I then just began to think as three-dimensionally as I could about the shapes on the face during the next stage.  Meaning that I was imagining my lines as advancing or receding in space while I was drawing a shape, with the intent of sculpturally representing the shapes of the forms that I saw.  For the form of the nose, I started at the ball of the nose and drew what is seen in the image above in one pass with some use of my eraser to try to clarify the shapes I was drawing.  I found that the more specific I could be about the many details along the edges of the shapes while I was drawing them gave me more to relate my next decisions to as I sculpted around the shape of the nose with line.
The main difference between this process and how I was drawing before is that I was not just focusing on how much a single line was advancing or receding in space, instead I was sculpting the entire mass of a shape by manipulating how much my line segments advanced or receded in the perspective of my drawing.  By doing this I was able to consider the two-dimensional appearance of the shapes while thinking three-dimensionally at the same time. 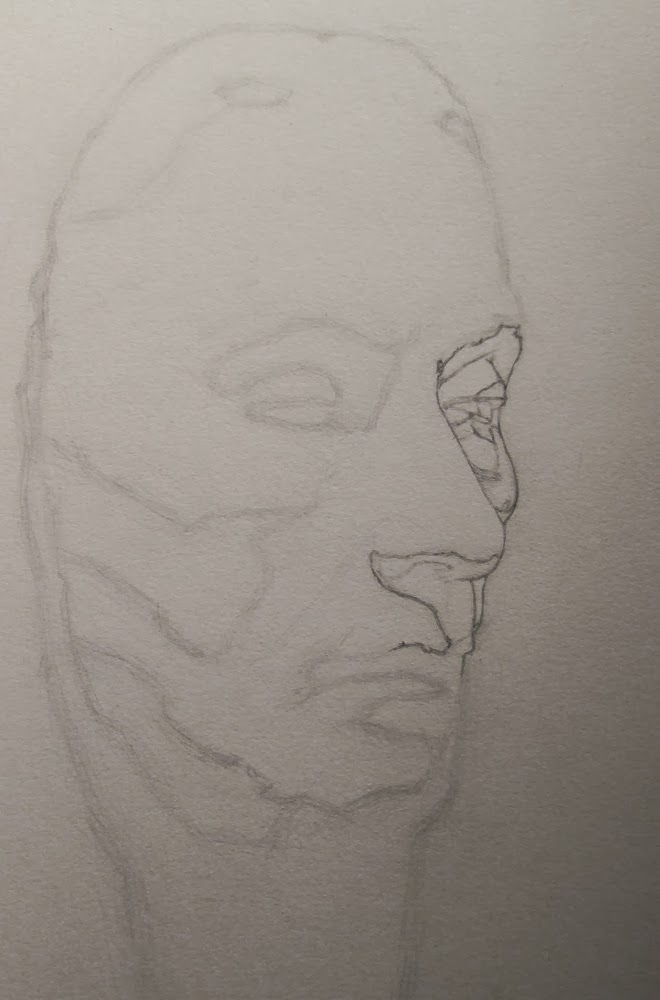 For the most part, this stage of the drawing proceeded by sculpting around a shape with line with little use of my eraser.  But, when I encountered issues with the placement of a shape during this process, as I did with the cheek, I had to lighten it with my eraser and return to more of  a two-dimensional way of placing the shape on my drawing.  Once I better placed a shape two-dimensionally on my drawing I could return to a mindset of sculpting the shape three-dimensionally with line.  Much point to point measurement was used to try to maintain the relationships of each shape to the other shapes in the portrait.  The images below show how I progressed through the drawing with the same process. 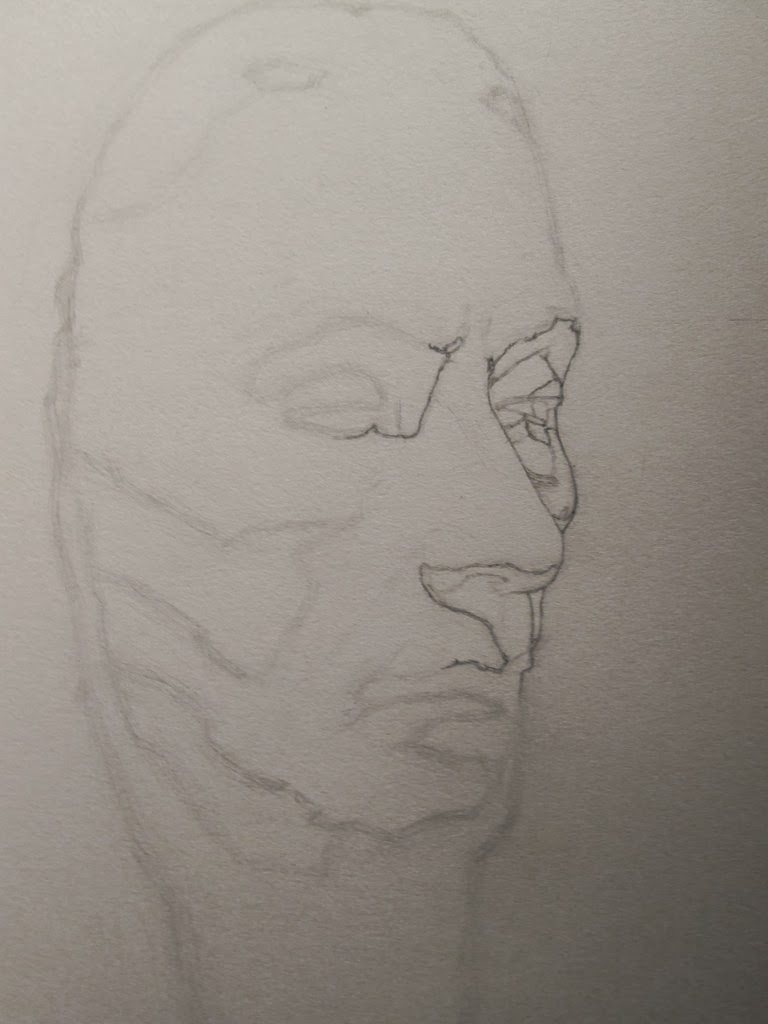 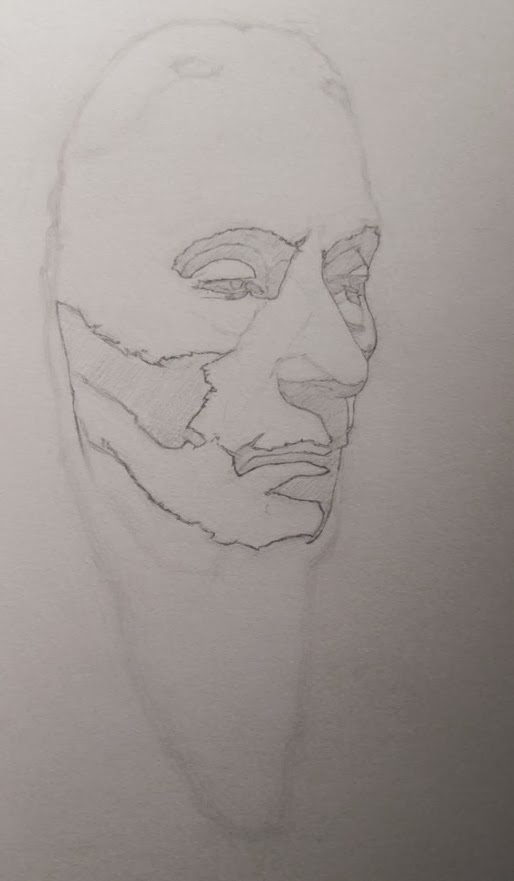 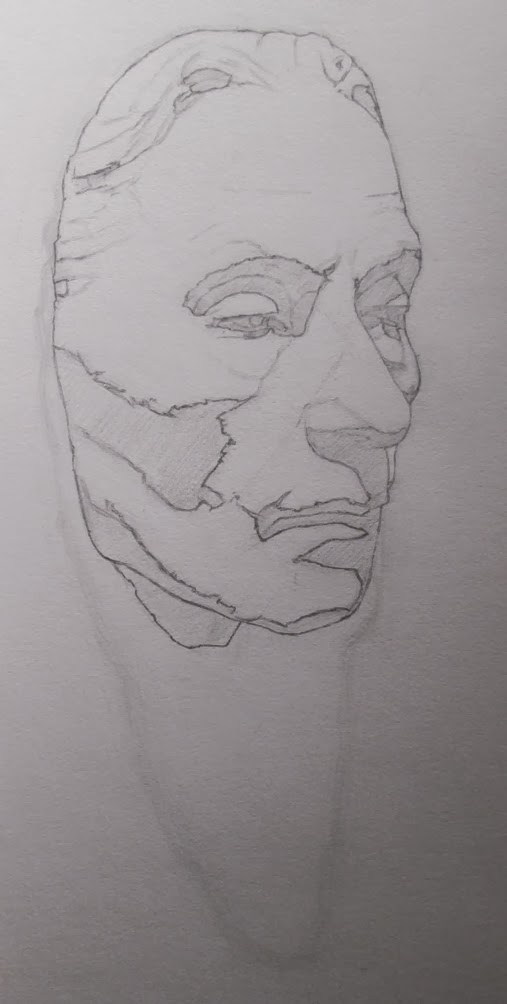 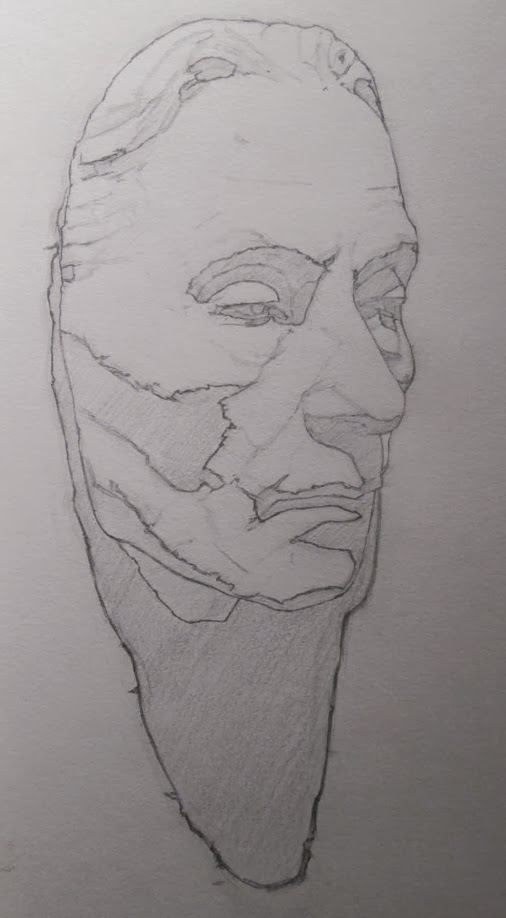